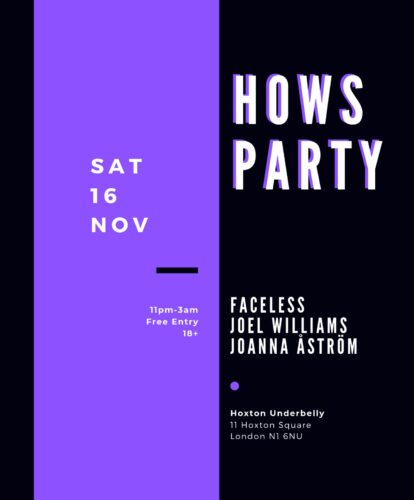 HOWS PARTY is bringing the best of house, groove, acid beats and disco to Hoxton Underbelly on the 16th November.

Come dance with us in the basement where we will be spinning sweet tunes from 11pm-3am!

Jo’s music is an eclectic merge of jazz, disco, house, acid and techno inspired by her multifaceted creative lifestyle – DJing most evenings whilst by day, working as a manager assistant to The Chemical Brothers or inhabiting The Rattle studio space as a studio engineer.